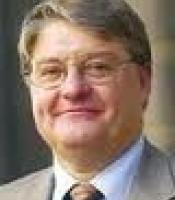 M. Degallaix has been a diplomat in France, in Algiers, in Yaoundé, in Lomé, in Teheran, in United Nations in New York, in Bangladesh, Vietnam and in Tunisia. He was chief of the Energy and raw materials office at the Directorate of Economic and Financial affairs. In the Ministry of Foreign Affairs, he was also Director of the Ministry of the Cooperation and Executive Vice President of the cultural, scientific and technical relations.

He was administrator during five years of Central banks of the Zone Franc and during seven years at the French Agency of Development. As diplomatic advisor and for the strategic business of the Prime Minister of 2002 to 2005, on several occasions he exerted the functions of Ambassador, in Dacca (1989-1992), Hanoï (1996-2001) and in Tunis (2005-2009).

He is associate professor in international economy at the University of Clermont-Ferrand and Tours. As administrator of the Tunisian University SESAME, he chairs the strategic committee.

He is also vice-president of the Europe Foundation +, President-founder of Association for the International Diffusion of the French Actuary profession since 2001, member of the office of the Foundation for the Study and Research on International expansion, of the Institute of the Actuaries and the French Institute of Administrators. He has also been a town councillor since 2001.

M. Degallaix is currently DG of President of Fondation Prospective and Innovation. He is manager of several family businesses and administrator of companies.