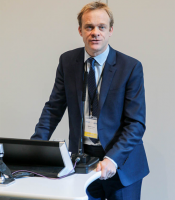 Matthew Astill is a media entrepreneur. After being hired as a strategy management consultant for Accenture, Matthew set up his first publishing business, Media Fit Ltd, in 1997. In December 1998, he co-founded Simply Internet Ltd. In July 2002, he bought Cavendish Group Ltd and has transformed it into the foremost business to business technology publisher for the BRIC countries. He launched bric.com in 2007 to enable western suppliers to do business with BRIC buyers. In 2008, he launched the International Capital Conference.