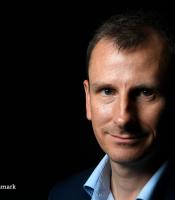 Ben Avison currently leads on the content and concepts of Cavendish Group’s RAID (Regulation of AI, Internet & Data) and Host City brands. He implemented the launch of RAID conference in Paris in 2017, while developing Host City into the largest meeting of sports, business and cultural events.

Before shifting his focus to world-class conferences, Ben was responsible for managing the editorial and production of all Cavendish Group’s publishing products, launching a highly successful portfolio of technology titles in the BRIC markets.

Before joining Cavendish Group in 2004, Ben was editor of the European Pharmaceutical Intelligence Bulletin, where he was at the heart of the regulatory environment for the healthcare sector. He wrote a market research for Reuters on market authorisation strategies, and also wrote for the Independent on Sunday.

Ben has been passionate about technology all his life – as a child in the early 80s, his design for a laptop was praised by Sir Clive Sinclair. He now spends his spare time as a semi-professional musician and volunteering for the British Red Cross. He holds a MA in English Literature from Edinburgh University.